the sound of the ram's horn

10am. And the siren sounded - cars stopped. People got out of their cars, standing at attention, hands at their sides or clasped behind their backs.

This same siren sounds every Shabbat to signal the beginning of our day of rest.

And today, this same siren signifies the eternal rest of so many of our people.

In ancient days, the ram's horn called people to prayer.

In modern days, youngsters learn how to blow the horn to bring in the new year, to help in repentance. If you've ever walked into a store that sells the rams' horns, Shofar, you immediately exit. The smell is atrocious. They were once attached to a live ram.

Birthright participants pack the shofar into the overhead compartment on their El-Al flight home - a souvenir of a life changing experience - a Judaism that sadly many will never visit again, quickly returning to their lives they left to come here for ten days.

When the flight lands, they'll rush off the plane to catch a connecting flight and the flight attendants will clear out the bins, collecting the lost and forgotten ram's horns...

This same horn, a siren today -
a souvenir,
a call to worship,
a call

We sat in the courtyard as they lined up to read names. A laundry list of family, to the Nazis a list of animals no different than the grocery list hung on the refrigerator.

My classmates wife read the names of her Italian family who perished in the Holocaust and returned to her husband, to scoop up in her arms their new baby boy. The cycle continues and from death comes life...

Back from the USSR

20 squat toilets, 37 bed bug bites, 20 pieces of chicken smothered in egg and mayonnaise, 7 bottles of Cognac and 43 statues of Lenin later, its safe to say that I'm back from the USSR. Time spent in southern Ukraine (Crimea) and St. Petersburg were no doubt memorable. Overloaded with final papers and celebrating various Israeli holidays, I'll do my best to give a delayed reflection on the trip because my brother told me I'm doing a poor job of blogging. In a few days, I will post about various Israeli national holidays. Notes of thanks for ending the blogging drought and serving as my mailing address all year can be sent to my brother whose address somehow comes up on my email account as "Coolest Man in US and A."

My time spent in Ukraine and Russia is best summed up by a severely disabled man we visited in a home for people with physical, emotional and mental disabilities. As the 39 year old man confined to a wheel chair began to cry, "Please don't forget about me. Tell everyone that there are still Jews here," the 28 year old Ukrainian Rabbi, Misha, gently placed his hand on the man's arm.

So - you should know. There are still thousands of Jews in Ukraine, small remnants of communities long forgotten; populations diminished by the Holocaust, Aliyah (the word used to describe moving) to Israel, or resettlement in Germany and the United States. Those with less resources or the desire to stay in their birthplaces remained. In recent years, the Ukrainian government has restored ownership of synagogues to local communities, Chabad has been a presence in the area for nearly 20 years and finally, Hillel and the Progressive Jewish community (sustained by American philanthropists) have begun to sprout roots in the Former Soviet Union. There are approximately 10 Progressive Rabbis working throughout Ukraine, Belarus, and Russia. Hillels are a vibrant community of youth, not restricted to the American university model, but reaching out to any young person who wants to learn more about her Jewish identity. However, due to a significant budget, Chabad has a monopoly on a great deal of Jewish life.

The communities we visited each had active Jewish lay leaders who were well versed in leading the Passover Seder and were committed to revitalizing their communities. Many had traveled to or lived in Israel and spoke Hebrew; most people we met were above the age of 75 or if they were young adults, only found out in the past few years that they are Jewish.

**
The voice of our translator droned on and we prepared to leave, disgusted by what we had seen. We eagerly took a letter from the man to place in the cracks of the Western Wall and shared our fresh bananas with his girlfriend. We didn't know what else to do. The squalor in which they lived was indescribable. Each had family who moved them to the facility at least twenty years prior and only came to visit once in every ten. They lived in filth, they were sleeping in filth, underfed, forgotten. Forgotten because he was Jewish? No. People with disabilities in the Former Soviet Union are a marginalized and forgotten community. The government gives them a small sum of money of which 75% goes to their institution. In this awful condition, the man still did everything in his power to read about Jewish life, history and culture. He dreamed about Israel and seemed to be an expert on Israeli politics. Overwhelmed, the man began to cry and then to sob.."Please tell them there are still Jews here...and when I die, bury me like a Jew."

Initially this blog served as a means to follow me through my first year as a Rabbinical student at Hebrew Union College, living in the holiest of cities - Jerusalem - with some of my best friends and new colleagues. Some of this writing was delivered at Temple Shir Tikva in Wayland, MA from 2012-2016. Now, I serve Temple Israel of Boston as rabbi and director of the Riverway Project.
You can also check out a new 'work-in-progress' collection of prayers for Israel at Peace Will Come: a year of praying for Israel. 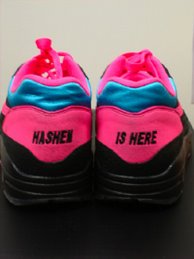